Create an Account - Increase your productivity, customize your experience, and engage in information you care about.

CONGRATULATIONS TO OUR WINNERS

The competition is bracket style. After the first round, each round of competition will be 4 weeks long. The response rate reported at 4:00pm on the last day of the round will be used to determine the winning city that will move forward in the competition. There will be two different divisions that cities will compete in – the Big City Bracket and the Small and Mighty Bracket. The Big City Bracket is a competition between the 16 largest cities in North Dakota based on the most recent 2018 Census estimates. The Small but Mighty Bracket is a competition between 16 of the smaller cities that opted into the competition. The winning city from each bracket will receive a pizza party at their city council/city commission meeting and will be honored at the League’s Annual Conference in September.

We’ve also added a new prize category. The city with the highest overall self-response rate when the 2020 Census closes will also win an award. Those cities that are not in the bracket tournament can still win! Watch for weekly status updates on the League’s webpage and Facebook page. 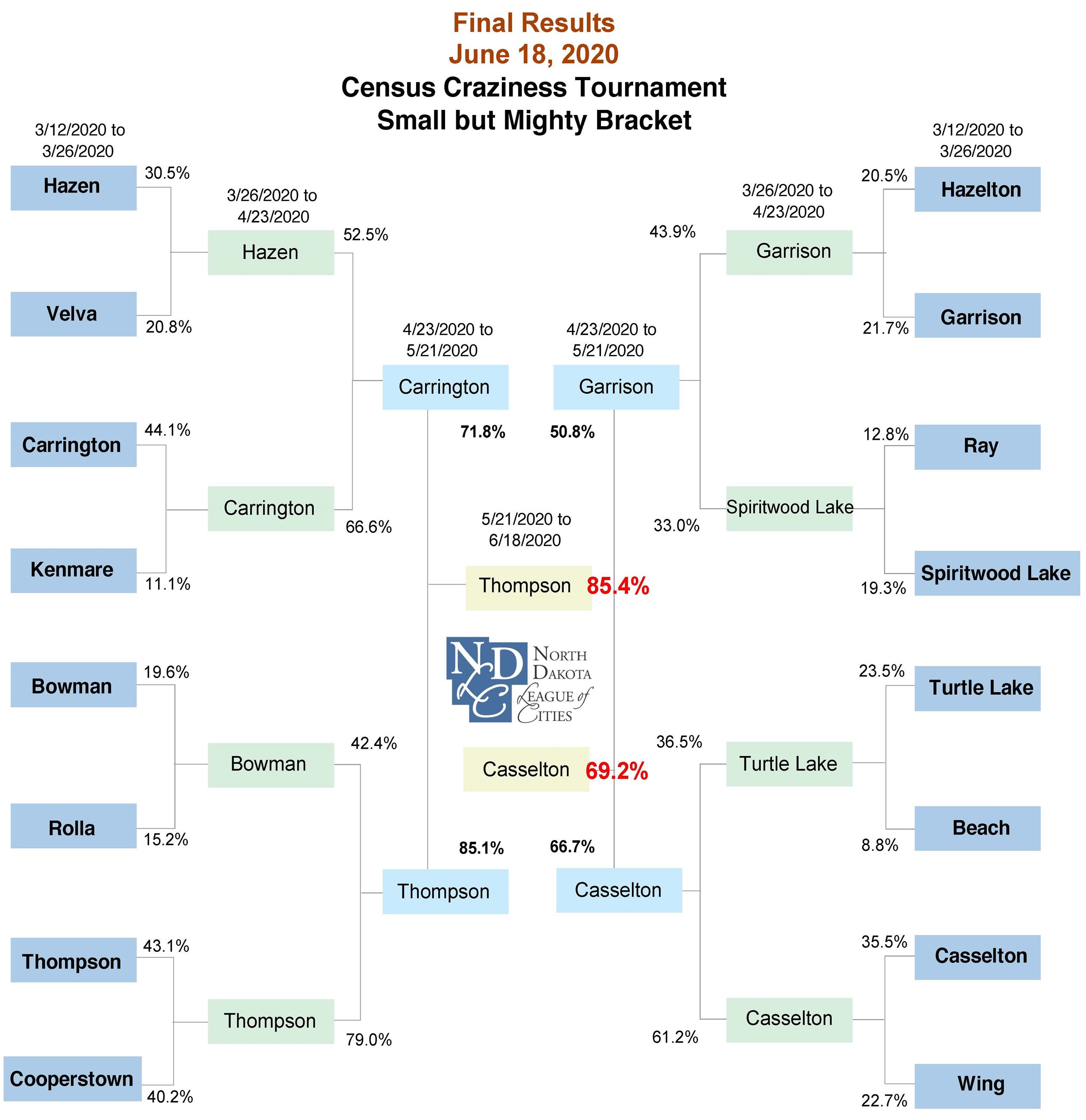 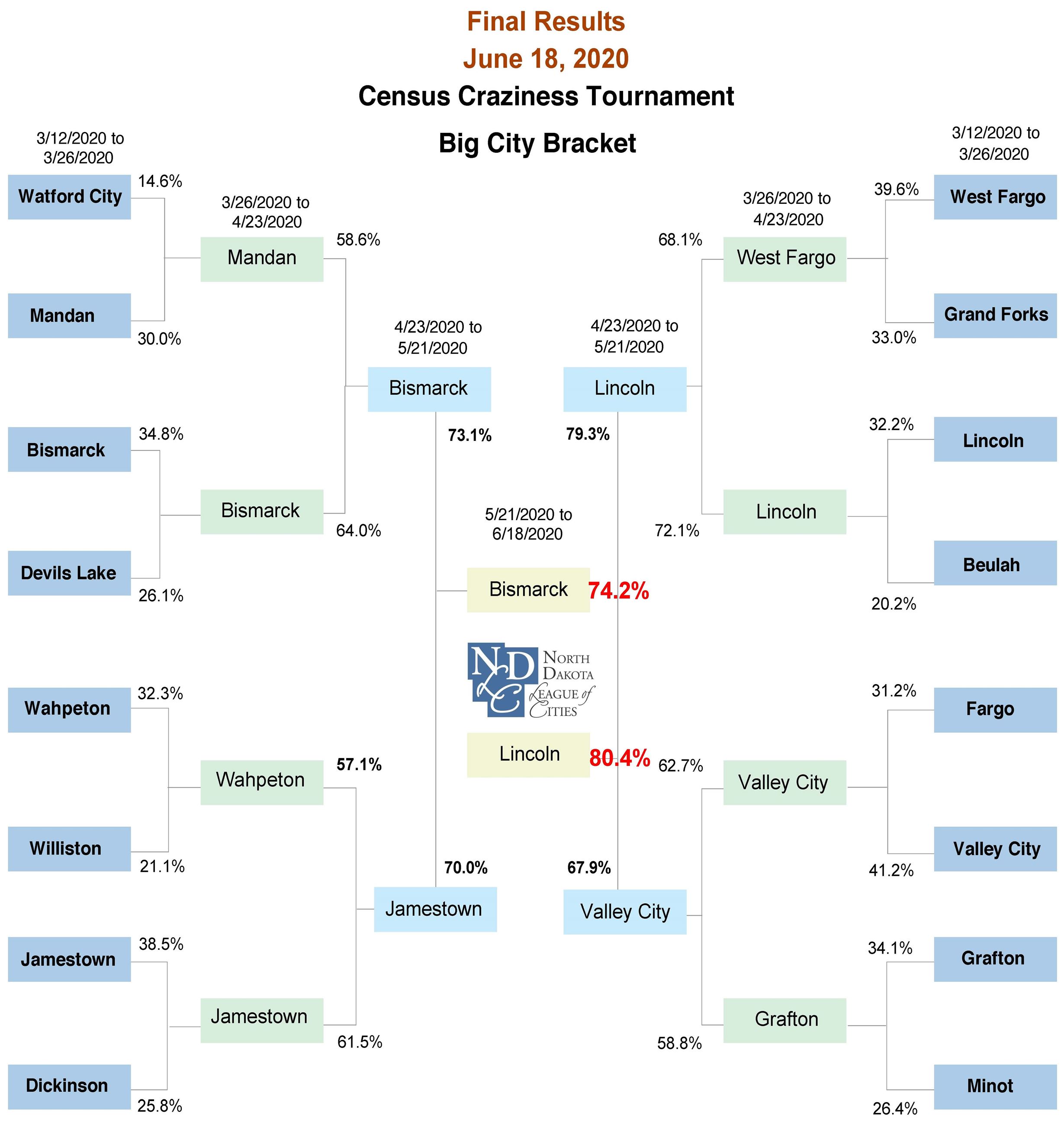